Home Blog Spirituality What is Prana

I have been researching ancient wisdom for the last few years and I try to share all my research with you through the medium of this website and my YouTube video. In this blog, I will try to decode what prana is in simple words, its importance in our lives and why we all must know about it.

So, what is Prana? According to Vedic texts, Prana is pure, universal, primary energy which gives life to matter. It is in every particle of creation. It gives life to the human body. Prana is the same as Chi or Qi (as in Qi Gong) in Chinese culture, mana (in Maori culture), Pneuma (in Greek) and ki (in Japanese).

According to the author of the book ‘the big Book of Chakras’, Susan Shumsky, Prana is the medium through which consciousness expresses in myriad life forms throughout the universe. Prana is in the air, but it is not oxygen not any other element of air. Without Prana, your body would have no life, heat, motion or activity. You could not hear, feel, see, breathe or walk. Your blood would not rush through your veins.

“When there is prana in the body it is called life; When it leaves the body it results in death.” – Hatha Yoga Pradipika. According to the ancient Indian text Upanishad, Prana is the “Supreme Being”.

Your body is run by prana, everything around you has prana and every material in cosmos has the whole universe has prana.

“All that exists in the three worlds rests in the control of prana. As a mother protects her children, O prana, protect us and give us splendor and wisdom.” – Prashna Upanishad 2.13

Prana is believed to be the missing link between the non-physical, spiritual aspect of our being and the gross body.

The analogy to explain Prana

In simple words, it is the energy but not the energy as we know it. There is no exact word in the English language for “Prana” but you can call it smart energy. The energy with its own intelligence which is everywhere and runs everything.

Modern science is not able to see, analyse or measure it but there are still many references in modern science that indirectly indicate the existence of Prana.

When the great American physicist and bongo-drums player, Richard Feynman, was asked to think of a single sentence that would convey the most important scientific knowledge we possess, he answered simply: “Everything is made of atoms.”

All physical things are made of atom and this is accepted by modern science.

The atoms in all physical things vibrate at a certain frequency. In easy words, everything or every place has a vibe. That’s how we use this popular term “vibe” many times. Example: We say we love the vibes of that person or place without knowing the deeper science behind it. What we are actually saying is we are picking vibes (vibrations of atoms) of that person. or “this place has good prana here”

Since different physical things vibrate at different frequencies, those who vibrate at similar frequency tend to like each other.

Unconsciously we all perceive energy and we pick energy all the time through our “subtle body” or our energy body. This energy is inside us and even exist outside kind of like emits or travels from inside to out up to a metre or less. We also call this “Aura” of a person which is a popular term so you guys may have heard of.  This aura is just a visual form of Prana.

Prana or Vibrations between atoms or simply vibes exist in all people and things.

One of the most popular quote from great scientist Tesla ““If you want to find the secrets of the universe, think in terms of energy, frequency and vibration.”

You see where I am coming from? If not, keep reading.

Prana is all about Energy, frequency and vibration and in a way Tesla also hinted us to understand Prana to understand the whole universe.

We all know how the universe expanded with powerful energy and the movement of the universe with this vital force was mentioned thousands of years back by Vedas (Hindu scriptures). According to the scriptures, “the universe is composed of two entities, akasha (Space or sky), and the other, prana. At the beginning of a cycle, prana sleeps motionless in the infinite ocean of akasha. Then arises motion of the akasha by the action of prana; and as this prana begins to move, to vibrate, out of this ocean come to the various celestial systems–suns, moon, stars–the earth, human beings, animals, plants, and the manifestations of all the various forces and phenomena. Every manifestation of energy, therefore, according to the Hindus, is prana. Every manifestation of the matter is akasha. “

This description closes matches with the overall expansion of the universe and the creation of planets.

Now the same prana that gives life and motion to the universe is also part of us, it is inside us and runs our human system. That is why we are all connected as we all have the same pranic energy running us that is part of the ultimate prana energy running the universe.  But how did ancient Indian sages knew all this about the universe which we only came to know now with all our modern science and technology?

When you get enlightened, your consciousness becomes one with the whole universal consciousness. You become one with the universe. This gives you access to akashic records or in easy words, immense knowledge of the universe. Since we are all connected with everything else in the universe, it becomes possible for an enlightened being to access knowledge that would usually seem impossible for a normal human. According to the Vedas, “once you truly grasp the nature of prana in your own body, the same principles will apply to prana everywhere else”

This whole explanation also shows how powerful it is if we can control our prana. We can not just be healthy and wise but we can also tap into immense spiritual powers with control of prana.

What is Prana in Human Body?

Where does this Prana exist in our body? It does not exist in the physical body but in subtle or energy body.

In humans, Prana flows through thousands of nadis (channels or meridians in Chinese culture). These nadis can be blood vessels, outside or anywhere in the body and not necessarily nerves or vessels in all cases. These nadis are in the subtle body. Modern science has not been able to see these nadis even in the most advanced microscopes.

Prana sculpts our body into various limbs and organs by creating various subtle nerve channels, or nadis, through which it can operate and energize gross matter, shaping it into various tissues and organs.

If any of these channels are blocked, we feel discomfort. Too much blockages of energy in these nadis over the years due to various reasons cause diseases even cancer.

Prana does not flow properly in the body if nadis are blocked hence causing various diseases. On the other hand, opening all chakras can open other dimensions for us. We can not just be healthy but it can also bring wisdom and spiritual powers which almost seem to be superpowers to an average human.

At least for basic health and wisdom, it is vital that prana flows in our body and we make our physical body good enough to receive prana from various sources.

There are 5 types of Prana or Prana vayus

This image from ‘the Yogic lens’ shows all 5 types of Prana, their locations in the body and functions.

First vayu is Prana. Later in the article, you will see various ways to increase this Prana vayu in your system.

Further, this video explains nicely with images what these 5 vayus are. 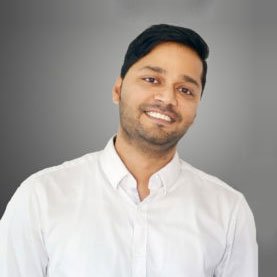